STORY: A batch of thunderstorms which came out of the northwest from Kansas produced some wind damage in the Ozarks on Saturday morning.

As the storms crossed over Stockton Lake, estimated 60 mph winds were reported.  The storms continued to pick up in intensity as they approached southern Polk and northwestern Greene Counties.

In Springfield, the strongest winds tracked through the north side of town, especially north of I-44.  At least two barns damaged and one was destroyed near Farm Road 66 and 174. Ebeneizer reported a tree down near FR 54 and 127. The Springfield National Weather Service reported a wind gust to 41 mph.

#OZARKSWX A few storms from Kansas are hanging on and will affect areas north of #sgf this morning. pic.twitter.com/ZG7dbiqn16 — Ted Keller (@TedKeller) August 8, 2015

A little windy out pic.twitter.com/JpEbaig7ig

Droped the canopy just in time and the rain has filled up the pool pic.twitter.com/cetitjj8jr — Mark Duncan (@dangodango64) August 8, 2015

National Weather Service damage surveys have revealed five tornadoes in Missouri and one in Kansas from severe storms on Thursday and Friday, April 2nd and 3rd, 2015.

This list is preliminary as additional surveys are ongoing: 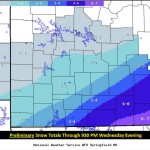 Springfield’s official measurement of snow was 1.2″ in this latest in a series of winter storms. 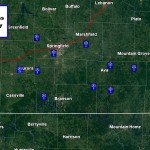 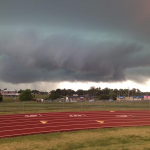 his line produced a swirl or small scale low at its northern end as it passed just south of Joplin in extreme northern Newton County. 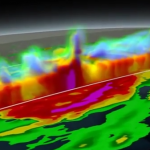 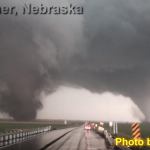 Thunderstorms which produce multiple tornadoes like this are called cyclic tornadic supercells. 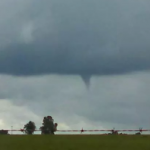 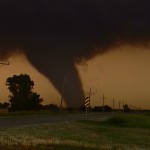 I’m heading out on a storm chase on Sunday. This is shaping up to be a significant outbreak of severe storms with tornadoes a real possibility.

[Note: This is a post from a year ago reviewing our storm chase in Oklahoma] We were very close to the Norman, OK tornado on Friday but made a wise storm chase decision which likely prevented us from a too close and possibly dangerous encounter. The radar image shown was tweeted on Friday as we were heading south […]